No More Diets!
We have all heard that diets don't work. That's not entirely true.  They do work... while you're on them.  Often times our old ways of eating begin to creep back into our lives and the next thing we know, not only have we gained back all the weight we lost, but usually we end up putting on even more.  Most of us who have been on a diet start each one with great resolve and by the end of the first or second day find we have slipped back into our old self-defeating habits.  With the Virtual Gastric Band you will never have to go on another diet again! 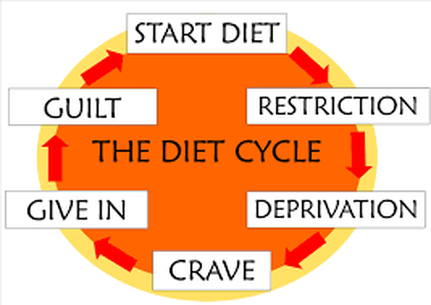 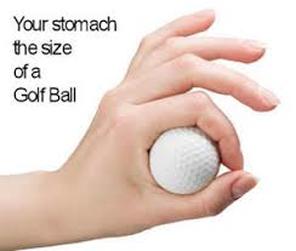 Session 1:
Session 1 offers the idea of having a gastric band placed at the top of the stomach leaving a pouch about the size of a golf ball.  By following the “8 Golden Rules” of the program you immediately begin taking back control over your eating and find yourself eating less.

Session 2:
Session two deals with decreasing or eliminating those foods that tend to cause us problems and helps us to gain control over or release them entirely.  Let's just say you will never think the same way about those foods again!

Session 3:
Session three helps with gaining clarity and focus around the person we strive to be.  There is also an element of motivation to exercise if that has been an issue for you.

Session 4:
Session 4 involves revisiting issues of concern, perhaps “tightening” the band in order to continue to lose weight until your ideal size is reached and you continue to remain active.  At no time during the program will you be weighed as this program’s focus is not about what the scales say but rather how you feel about yourself and you will know from week to week what has changed.
CONTACT US 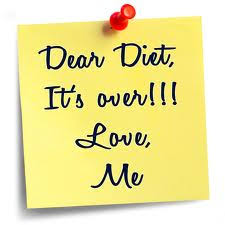 We know that diets don’t work…

Most people who follow a traditional dieting system will lose weight while they are on that diet. But, as soon as the diet stops, the weight invariably returns, often leaving them heavier than before the diet began!  It is estimated that 95% of all people who diet experience this cycle.

Most diets include some form of deprivation and/or denial; some involve counting calories, or points, but all merely serve to program the mind to think about food.  Thus, when an individual gives up a diet, they will find themselves thinking about food more than they ever did before. And, in the denial of comfort foods, in eating different meals to the rest of the family, three things happen:  the brain fights against it, the body fights against it, and the day to day environment fights against it. How often do you hear of those who say to themselves each Monday, “that’s it!  I’m going to stop eating.  Just as soon as I’ve had my dinner.  And then I’m going to eat only salad.”  Of course, the good intentions quickly lapse and it’s back to Stage One … and misery all over again! Because most eating habits are deeply ingrained in the subconscious, the outcome is the same each time a certain set of circumstances prevail.

Conscious self-denial of something can often increase the desire for that very thing, and eating a little less than we need – but eating anything we want – can actually lead to weight loss.  Cutting out favourite foods completely is a bad idea, but cutting down on those foods is achievable and sustainable.

Everyone knows that eating less and exercising more will lead to a better body shape, improved fitness and all-round health.  This program employs a virtual gastric band and other mind management techniques, and is most decidedly NOT a diet.  It enables participants to form new habits that they can maintain; there is no deprivation and thus participants are liberated from having to think about food all the time, they eat consciously, and are able to listen to what their stomachs are telling them.  The result is steady, progressive weight loss – without dieting.
CONTACT US